Even if a commercial kitchen has an effective grease interceptor properly installed and maintained, fats, oils and grease (FOG) can still escape into the wastewater system.

While no grease removal system is 100 percent effective, a properly maintained, modern grease trap can still remove more than 99 percent of FOG found in kitchen effluent. One of the biggest obstacles to grease removal, though, is the invisible thief called emulsion. 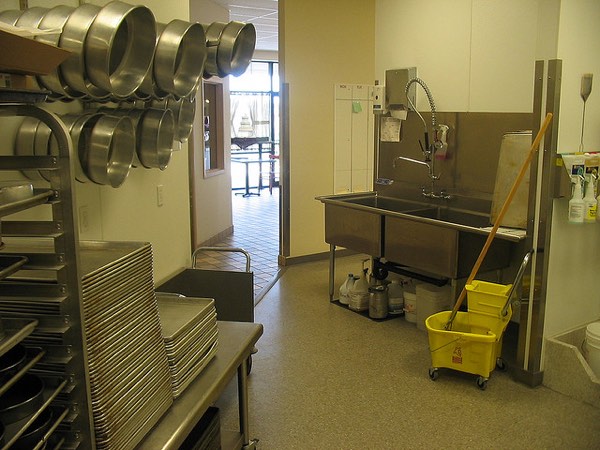 Emulsion is a “fine dispersion of minute droplets of one liquid in another in which it is not soluble or miscible.” So what does that mean in plain English?

Grease globules, which normally float on top of water rather than mixing with it, mingle with the water molecules throughout the liquid. For that to happen, FOG globules have to go through either physical emulsion or chemical emulsion.

Physical emulsion is what happens when you shake a bottle of Italian dressing. The oil is blended with the water and vinegar and other ingredients. But, once the shaking is over, the oil soon separates out from the water, vinegar and spices.

Chemical emulsion is what happens when oil is mixed with water or other liquids through a chemical process. It is, in other words, what happens when you put Dawn (or other detergents) into a sink with greasy or oily water.

So why do we care? Physical emulsion is quickly reversed. Wastewater may have emulsified FOG in it as it leaves a sink and drains into a grease interceptor, if it has just been physically emulsified, that process will soon reverse. In grease interceptors that means the grease particles will float upward and the water will sink downward. That’s how hydromechanical grease interceptors work.

While the type of detergent and the water temperature varies depending on the kind of dishwasher used, soapy water is inevitably going to contain emulsified grease.But chemical emulsion doesn’t reverse as quickly, if at all. And chemical emulsion happens in most commercial kitchens. Dishwashers — whether machines or a kitchen worker standing over the sink — need detergent to clean dishes. (None of us want restaurant dishes that were washed without soap.)

Is there anything we can do to reduce the amount of FOG that escape into the wastewater system under these circumstances? As it turns out — yes.

First, any pots, pans, racks or dishes being washed should be wiped before they’re put into a sink or dishwasher. The wiped off food particles and grease is simply disposed of in a trash can, and as a result there’s less grease that can be emulsified, and less grease that gets into the wastewater system. Wiping dishes before washing them is a commercial kitchen best practice.

But even with well wiped dishes, some grease will still be emulsified by detergents. Although you can’t easily prevent this emulsified grease from escaping into the sewer system, you can reduce the amount of additional emulsification that could happen inside your grease interceptor because detergents are passing through there.

Here’s where grease interceptor design makes a big difference. When soapy water enters a grease trap, detergents in the water can eat away at the floating mat of grease at the top of the interceptor. Grease that was previously trapped emulsifies and flows into the sewer system.

Well-engineered grease interceptors, such as Thermaco’s Trapzilla line, are designed to minimize the effect of this secondary emulsion. First, Trapzilla interceptors have horizontal baffles reduce the amount of soapy water that flows up (instead of falling down) when it enters the trap through the inlet pipe.

In addition, the compact footprint of the Trapzilla means there’s far less surface area on the underside of the floating “grease mat” that’s exposed to water. That reduces the amount of grease that could be emulsified inside the interceptor when soapy water is added.

So, it turns out that the amount of grease gets into the wastewater system because of emulsion can be reduced simply by choosing a more efficient grease interceptor design.

Though the amount of FOG lost to emulsion may seem small, that volume can add up to significant amounts — and create significant problems with big expenses — for a wastewater system. That’s why modern, high-efficiency grease interceptors are vital for the health of your wastewater system. And it’s why you should care about emulsion losses.